DAYTONA BEACH -- Little Steven Gosney waved an American flag while his parents and some 10,000 others cheered wildly in reaction to the short and sweet message of hope delivered by Mitt Romney and Paul Ryan on the edge of the hard sands of the world's most famous beach.

"The president's put us on the course of decline," Romney said, his sleeves rolled up as emphasis of his message to get the country moving in the right direction. "We're gonna win in November. We'll be strong again."

Ryan, in introducing Romney, wasted no time in getting to the heart of the Republican ticket's agenda: "We have got to fix the mess in Washington," adding "We believe the government works for us and not the other way around... America is more than a nation with a flag."

Ryan was quick to give a shout-out to the diverse crowd that included not only families with children in tow like 8-year-old Steven Gosney, as well as a mixture of seniors and college kids alike, but also bikers, saying, "I can hear the hogs and the v-rods right now."

The Romney campaign couldn't have picked a more opportune time with as many as 100,000 bikers in Daytona for the four-day Biketoberfest that ends Sunday. Friday night was the peak night for the biker crowd and vehicular traffic was a nightmare, as especially with a heavy downpour just before the 6 p.m. start of the rally.

The skies cleared, though, and despite heavy security, including hand searches of bags and use of metal detectors, the crowd was packed in like sardines in a cordoned off area in front of a walkway with the Bandshell as the backdrop on the north side of the main walkway for local and state party leaders and a staging area for the media behind the crowd on the southern side.

To the right of the crowd was the surf drowned out by the sound of music and on the other side, the faint sound of Harleys and other motorcycles on Atlantic Avenue with the towering Ocean Walk complex providing a buffer.

A local Girl Scout Troop led the crowd in the pledge of Allegiance, followed by a series of preliminary speakers on the front end of the 3 1/2-hour rally, with Romney and Ryan taking to the stage just after 9 p.m., following a five-song set by country music star who led off with the late Johnny Cash's "Ring of Fire."

Those earlier speakers included Congressional candidate Ron DeSantis, state senate candidate John Thrasher, Florida Attorney General Pam Bondi and the Sunshine State's CFO, Jeff Atwater. With Ryan introducing Romney as "your next president," and a collective roar from the energized crowd, Romney seized on what he decribed as the president's failed promises.

"The Obama campaign has become the incredible shrinking campaign," Romney said. "This is a big country, with big challenges and they keep talking about smaller and smaller things. We have big ideas, bold ideas, and we're going to get America working again. That's why you're going to elect the two of us and we're going to get this country on track."

There were some Obama suporters on the balconies of the nearby condos being vocal, but not enough to distinuish ehat they were shouting out because of the overwhelming applause and cheering of the far greater crowd of Romney-Ryan supporters. The Secet Service kept a close watch on people on the ground and in the condos with large binoculars and they were visibly well armed with support from Daytona Beach police.

Then the former Masachusetts governor got the enthusiastic crowd fired up when he said, "If I get elected, no, when I get elected, we're going to repeal Obamacare."

"We're going to champion small bunesses where jobs comne from," he pledged. Romney didn't mention the situation in Libya with the slaying of the Ambassador and three other Americans, but did say, "I will not cut America's military budget. We must maintain America's military strength."

Romney left the staging to a mini fireworks display and a strong sense of reinforcement to child flag waver Steven Gosney's Ormond Beach parents, Steven and Michi Gosney. "We brought him," the father, Steve Gosney said of his boy who shares the same name, "because this is history -- historic." Gosney said i the size of the crowd is any indication, Romney has a great shot at securing Florida's 29 electoral votes, a key state in the presidential election.

Henry Frederick is publisher of Headline Surfer®, the award-winning 24/7 internet news outlet covering the Daytona Beach-Sanford-Orlando metro area via HeadlineSurfer.com since 2008. A longtime cops & courts reporter focused on breaking news & investigative reporting, Frederick is among the Sunshine State's most prolific daily news reporters, having amassed close to a hundred award-winning byline stories nearly evenly split in print and digital platforms. Frederick earned his Master of Arts in New Media Journalism with academic honors from Full Sail University in Winter Park in February 2019. He was a metro reporter with the Daytona Beach News-Journal for nearly a decade and then served as a city editor for the Taunton Daily Gazette in Taunton, Mass, while maintaining a residence in Central Florida. Prior to moving to Florida, Frederick was a metro reporter for the Rockland Journal-News in West Nyack, NY, for seven years. Headline Surfer was named the Sunshine State's top internet news site by the Florida Press Club in 2018. 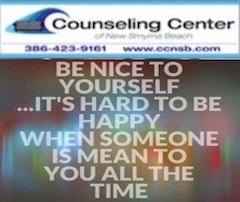 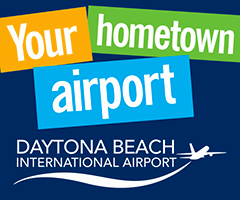 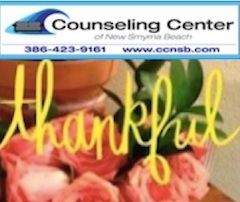