91. Daytona Beach cops: For the 2nd time in a year, a beachside motel is raided in effort to quell drug dealing 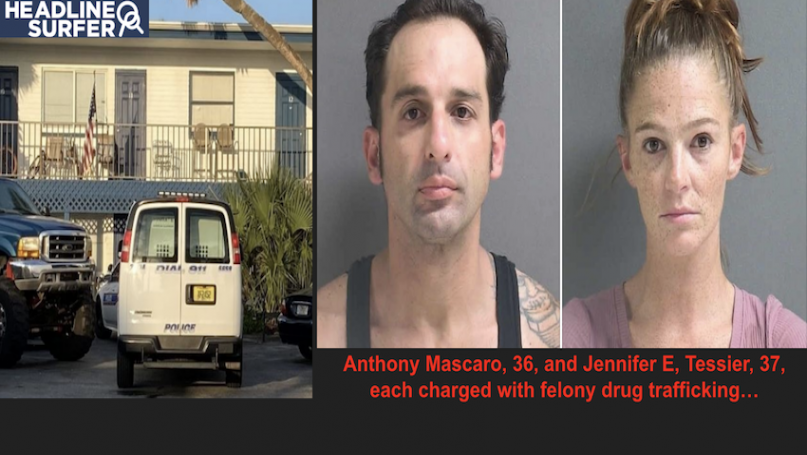 Like in the raid last December at the Camellia, members of DBPD’s Problem-Oriented Policing Unit stepped up in response to more complaints about drug sales taking place on the property, according to DBPD Capt. Scott Lee.

“We took seven people into custody the last time, including the property manager,” Lee said. “Now we’ve got two more drug dealers living in one of the motel rooms peddling this poison. If the motel owner refuses to do what’s right, then we’re going to keep doing these raids until this is solved for good.”

“We took seven people into custody the last time, including the property manager,” Lee said. “Now we’ve got two more drug dealers living in one of the motel rooms peddling this poison. If the motel owner refuses to do what’s right, then we’re going to keep doing these raids until this is solved for good.”

Mascaro overall was charged with four felonies, including trafficking in methamphetamine and fentanyl, keeping a public nuisance structure for drug activity, and possession of a Schedule III substance. He also was charged with drug paraphernalia possession, which is a misdemeanor.

Tessier was charged with felony trafficking in methamphetamine and fentanyl and possession of a firearm by a convicted felon.And Tessler was charged w ith misdemeanor drug paraphernalia possession.

Tessier's legal troubles were not limited to the drug charges: She's also also facing a probation violation stemming from an unrelated drug case handled by Port Orange cops in June 2020. Prior to that, she was out on bond for an unrelated vehicle burglary case handled by DeLand cops in May 2020.

This is the tenth such raid conducted by the POP Unit since last December of 2020, including one earlier this week at an apartment on North Street where one arrest was made.