Headline Surfer® graphic / Karen Foxman received close to 65 percent of the votes in Volusia County, the largest of the four area counties in Tursday night's primary vote count for a circuit bench seat, as shown in the unofficial results at left from the Supervisor of Elections in DeLand. 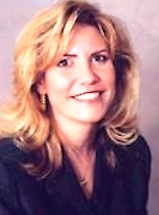 Foxman, 45, of the Daytona Beach area, whose husband, Matt Foxman, won a circuit judgeship four years ago, dominated her opponent, 52-year-old Steve Sands, of DeLand, a former assistant state attorney in Duval County who has been with the law firm of Sands, White & Sands PA since the early 1990s.