Port Orange Mayor Don Burnette on Memorial Day: 'We owe a great debt to those who gave all for our freedom' 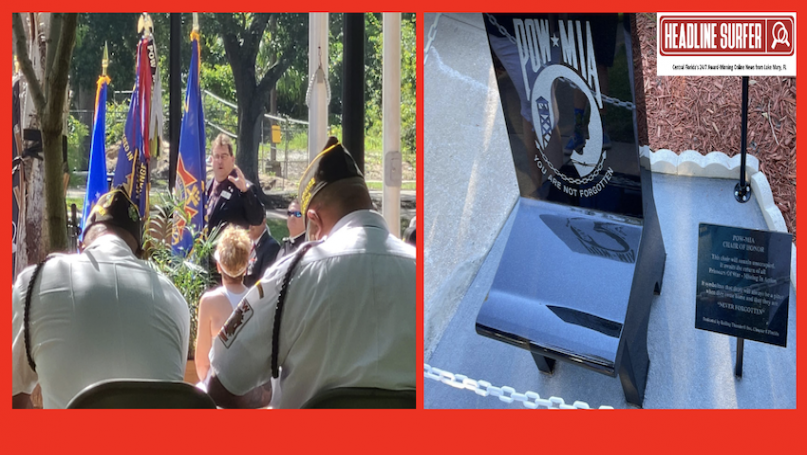 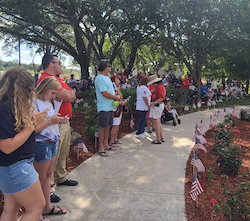 Photos for Headline Surfer / ABOVE: Port Orange Mayor Don Burnette leads the Memorial Day remembrance on Monday, May 29, 2022, at Veteran's Park, Port Orange, Florida. A special part of the ceremony was the dedication of the POW-MIA missing man chair of honor. AT LEFT: Dozens of Port Orange residents attended the mid-morning ceremony to honor loved ones who have perished in past wars. BELOW: Military veterans attending the ceremony...

PORT ORANGE, Fla. -- There was a one-word common denominator echoed by those who attended Memorial Day remembrance in Port Orange: Beautiful.

It was a beautiful morning, and it made me proud of our city," Kim Short said.

Susie Weatherly described it as a "beautiful ceremony and tribute."

Such a beautiful ceremony honoring those to whom honor is due, Kat O'Connor Atwood added.

"On this day of remembrance, we owe a great debt to those who gave all for our freedom," Burnette said.

"On this day of remembrance, we owe a great debt to those who gave all for our freedom," Burnette said.

"It is our obligation to honor them each day by using our freedom to make good choices that build our community up, not tear it down," The Port Orange mayor continued. "Otherwise, their sacrifices were made in vain." 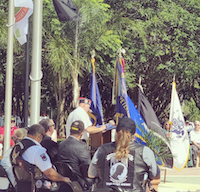 Burnette offered thanks to VFW Post 3282 and the Knights of Columbus for putting on a great and honor-filled ceremony. A special mention to Rich Malfatano of Rolling Thunder for making the dedication of the POW-MIA missing man chair of honor dedication possible on this sunny Central Florida morning.

It is a reminder that we owe it to those who gave their all for our freedom to live our lives the best we can in service to one another in God’s peace," Burnette said of the missing chair dedication.

Port Orange resident Cathe Carr summed up the sentiments of the crowd stating it was "a beautiful ceremony," as she thanked Maor Burnette for his "heartfelt message this morning."