NSBNews.Net provides Volusia County with 24 / 7 Internet newspaper coverage for a 21st-century world. This website can also be accessed through VolusiaNews.Net 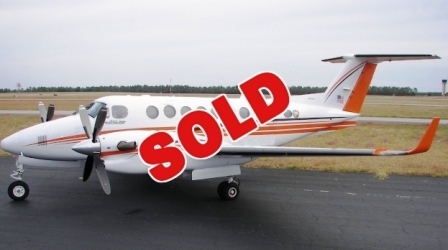 Courtesy photo / Gov. Rick Scott has kept his wortd during the campaign to sell off the two state planes asa cost savings for Floridians.

TALLAHASSEE -- In fulfillment of another campaign promise, Governor Rick Scott on Friday directed the Department of Management Services to accept two bids that were revealed earlier this week for the sale of two state-owned airplanes that will net the state of Florida more than $560,000 in savings this fiscal year alone.

The governor's directive will eliminate the annual operating and leasing costs of $2.4 million per year.

"Just as Florida's families and businesses are forced to do more with less, state government must do the same," Scott said. "Burdening taxpayers with these ongoing expenses is irresponsible and not a core function for government to meet the state's critical needs."

The move continues Scott's commitment to rein in state spending and reduce both the size and scope of government in Florida.