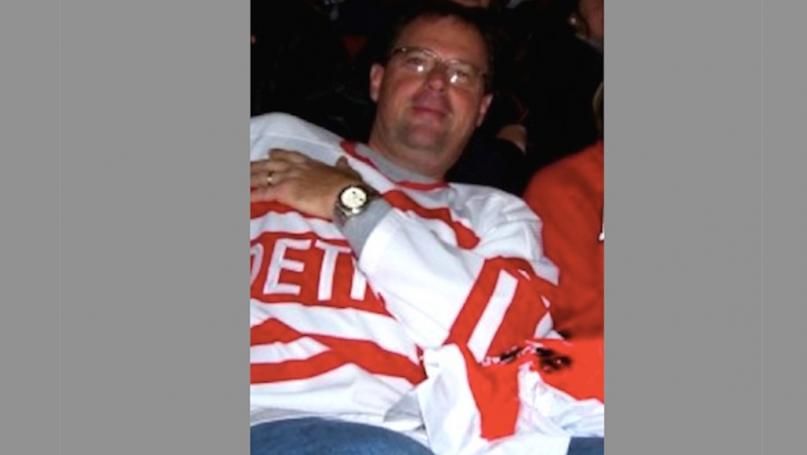 Capt. Jim Newcomb, shown here, is now the third ranking administrator in the Daytona Beach police force, despite a checkered past that includes verbal abuse and taunting of a female cop, repeatedly asking her about being pregnant when she wasn't and trying to get her to arrange for him to meet her sister, a tub girl during a biker event. Newcomb is a married man with two children.
By HENRY FREDERICK
Headline Surfer

DAYTONA BEACH, Fla. -- For more than a year, Daytona Beach cop Kellie Fishpaugh endured taunting from then-Sgt. Jim Newcomb who continually asked her how her pregnancy was going despite the fact she wasn't pregnant.

The taunting lasted more than a year.

Newcomb was also responsible for a lesbian cop, Sarah Martin, being fired after she rejected overtures of another woman who made allegations that weren't substantiated. The cop, who had no disciplinary record until the bogus incident, finally got her job back two years later.

Despite these and a host of other issues, Newcomb was promoted just a week ago Monday by Chief Mike Chitwood to the rank of captain and that has the police union head up in arms.

"This promotion sends a clear cut message to the rank and file that bad behavior is rewarded," said Robert Walker, business agent for the Teamsters 385. "Capt. Newcomb's veracity has long been the subject of water cooler talk at the Daytona Police Department for nearly 20 years."

Walker, a retired Daytona Beach homicide detective and briefly acting chief of the now-defunct Oak Hill Police Department, said despite Newcomb's past troubles, the promotion is squarely on the shoulders of Daytona's top cop.

"Chief Chitwood is well aware of Newcomb's alleged deficiencies since day 1," Walker said Saturday. "When (Newcomb) made captain, the joke was internal affairs  is going out and buying all the filing cabinets with all of the complaints against him."

"When (Newcomb) made captain, the joke was internal affairs  is going out and buying all the filing cabinets with all of the complaints against him."

Reached by phone while traveling to see family in the Carolinas, Chitwood readily conceded it wasn't right what Newcomb did to Fishpaugh or to Martin, both of whom he described as excellent police officers.

Chitwood said he could have gone outside to hire a new captain for one of the two open positions, but he believed Newcomb was the best of "four really good candidates" who applied.

Chitwood, a former lieutenant with the Philadelphia police force, said when he was hired here six years ago, one of the first openings he had to fill was for a lieutenant.

"Newcomb was No. 1 on that list," Chitwood said, "but everyone said it wasn't a good idea so I passed him over. He didn't say '(expletive) you.' This (expletive) guy went out and busted his (expletive)."

Chitwood made it clear that Newcomb, despite his elevation to captain, third in command behind him and the deputy chief's position, is an "at-will employee" and he could be fired if he shows any of the bad behavior that got him in trouble.

"He'll be (expletive) gone!" Chitwood said of Newcomb to Headline Surfer. "I feel bad about what happened with officer Fishpaugh, but that was before my time and Newcomb has worked really hard to set a good example. I've got enough problems here with everything else that is going on. It's all this infighting. It's like (expletive) Romper Room in there."

"I feel bad about what happened with officer Fishpaugh, but that was before my time and Newcomb has worked really hard to set a good example. I've got enough problems here with everything else that is going on. It's all this infighting. It's like (expletive) Romper Room in there."

Chitwood said Walker is making a mountain out of a mole hill because Newcomb told him to 'go pound sand' when the four lieutenants in the department left the Teamsters to go with the Fraternal Order of Police, a rival bargaining unit.

Walker responded that the change in labor representation occurred under then-Teamsters Business Agent Jeff Candage, a retired k-9 officer with Daytona. Walker took over for Candage the beginning of last year.

"It's true that the lieutenants went to the FOP, but that wasn't an issue for me because that would have made it more difficult to represent the officers and sergeants who are supervised by lieutenants in upper management," Walker explained.

Candage told Headline Surfer that he was actually relieved because of Newcomb's past transgressions that the Teamsters no longer had to represent him personally. "

Anything with Newcomb involving integrity and untruthfulness would be intertwined," said the 57-year-old Candage, who retired from the police force just after Chitwood's arrival.

"In fact, I sat with Chief Chitwood and he told me that he regretted making the promotion of Newcomb from sergeant to lieutenant," Candage said. "He said it was the worst mistake he ever made."

Chitwood said he never had a conversation about his initial promotion of Newcomb. Both Candage and Walker said they were certain Chitwood would have memory loss. But what Chitwood couldn't pretend was the verbal onslaught Kelly Fishpaugh suffered from the mouth of then-Sgt. Jim Newcomb, her direct patrol supervisor.

"On numerous occasions he referred to her as being pregnant," Walker said. "She stated over and over to him she wasn't, but he continued to say it anyway."

More than a thousand pages of public documents on Newcomb obtained by Headline Surfer paint a less than stellar record of his performance as a supervisor, especially his treatment of women cops.

An internal affairs investigation of Newcomb's behavior towards Kellie Fishpaugh shows he was allowed to verbally torment her for more than a year, despite her pleas that he stop referring to her being pregnant when she was not. That wasn't the extent of the harassment either.

Fishpaugh told Internal Affairs investigators that Newcomb's comments to her became sexual, especially in one-on-one situations where he advised her to rethink who she was sleeping with and that he also tried to get her to persuade her own sister to have an intimate relationship with him.

Fishpaugh told IA investigators about an incident during Biketoberfest 2001, where her sister was working as a "tub girl" at Danny's Cruisin' Cafe. Tub girls typically wear skimpy bikinis that accentuate their breasts as they reach down to pick up ice cold beers for patrons while standing on a raised platform behind a tub filled with ice and beer.

In a Jan. 30, 2003, IA report, Fishpaugh said: "Many of the male officers felt (the) need to go there, stare and then comment to me later. Upon seeking Sgt. Newcomb's help in getting the male officers to keep their comments to themselves, Sgt. Newcomb asked me if I could set up a rendezvous between him and my sister when she got off work. I was so upset at this comment that I got into my car and drove off without answering him. He then asked me over the radio: 'Was that 10-53 or 10-54?' My response was '10-54 and do not ask me again."

The very next day Fishpaugh told IA investigators Newcomb approached her while they were alone and asked her if she was going to file a complaint against him, to which she replied she would not if he stopped asking her about her sister.

Fishpaugh told IA investigators Newcomb's references to her being pregnant began in October 2001, and continued unabated until February 2002, even after she told him, she was not pregnant and she insisted he stop making the comments.

Fishpaugh said that during that February, Newcomb told her that, "She would have a better chance of securing a relationship if she dated outside the circle. Again, she reiterated to Newcomb that he stop his comments.

Fishpaugh told investigators that on another occasion, she experienced a stomach illness while on duty. She told the IA investigators Newcomb then asked her if she was sure she wasn't pregnant and again, she said she was not and asked him to stop making the reference.

The very next duty day, Fishpaugh reported for work, recalling to IA investigators that Newcomb confronted her and and asked: "How far along are you?"

On Aug. 25, 2002, Fishpaugh reported she was involved in an on-duty altercation at Razzles Nightclub, during which she got blood on her from another person. She was transported to Halifax Medical Center for blood testing -- a routine procedure because of HIV and other potentially infectious virus or diseases -- when one of the officers present asked her about the blood test results.

She said Newcomb interrupted, stating, "... her pregnancy results," according to the IA report, and she again asked him to stop.

Walker said Fishpaugh declined to be interviewed for this story because she doesn't want to jeopardize her possible career advancement. 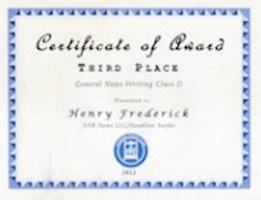 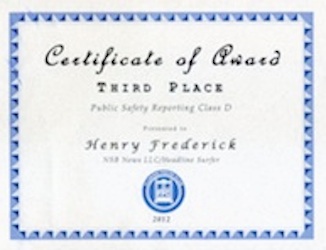