Headline Surfer photos by Henry Frederick / A bus leaves New Smyrna Beach High school for the afternoon commute as shown in this recent shot while students wait for their turn to board as shown in the inset photo.

DELAND -- With at last eight children hit by cars while walking or riding bicycles to or from schools across Volusia County, Sheriff Ben Johnson wants to make sure there are no such mishaps involving children coming onto or off school buses because of motorists not obeying the the rules of the road.

With that concern in mind, he's ordered his deputies step up traffic enforcement to protect students getting on and off school buses.

A school bus heads south on US 1 in New Smyrna Beach to the intersection with Canal Street. The Volusia County Sheriff's Office has stepped up enforcement of motor vehicle stops for buses picking up and dropping off school children.

The most recent operation, conducted on Wednesday and Thursday, resulted in eight drivers being cited for illegally passing stopped buses. Deputies issued a total of 181 traffic citations during the two-day operation and also made two misdemeanor arrests, agency spokesman Gary Davidson said.

Two days after the Aug. 20 start of the school year, the Sheriff’s Office conducted a similar operation in Deltona that resulted in 15 drivers being cited for passing school buses and 165 traffic citations being issued. Johnson promises more operations in the future to help raise awareness about the rules regarding the sharing of the road with school buses.

“When it comes to student safety, one of the biggest dangers is from drivers who ignore the law and illegally pass stopped buses,” the sheriff said. “For the protection of our children, drivers need to remain alert and avoid distractions while behind the wheel. Had our deputies not been there, any one of those violations could have resulted in tragedy.”

“When it comes to student safety, one of the biggest dangers is from drivers who ignore the law and illegally pass stopped buses,” the sheriff said. “For the protection of our children, drivers need to remain alert and avoid distractions while behind the wheel. Had our deputies not been there, any one of those violations could have resulted in tragedy.”

Last year, two children were struck and killed and more than a dozen injured while walking to and from school. During this week’s operation, deputies in unmarked vehicles targeted a series of morning and afternoon bus routes on both sides of the county based on information from the Volusia County School District about where violations are most frequently occurring.

When approaching a school bus displaying a stop signal, drivers are required by law to bring their vehicle to a full stop while the bus is stopped. The vehicle cannot pass the school bus until the signal has been withdrawn. The only exceptions are when a vehicle traveling in the opposite direction of the stopped school bus is on a divided roadway with an unpaved space of at least five feet, a raised median or a physical barrier.

In these instances, the driver isn’t required to stop for the stopped school bus. Violations result in a minimum $271 fine.

Headline Surfer is Florida's first 24/7 Internet newspaper launched April 7, 2008, initially as NSBNews.net. It is based in New Smyrna Beach, covering Volusia County and throughout the Orlando Metropolitan Area via HeadlineSurfer.com, NSBNews.net and VolusiaNews.net. "Headline Surfer" is a registered trademark owned by NSB News LLC, for editorial, marketing and advertising purposes. All rights reserved. 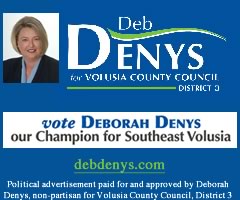 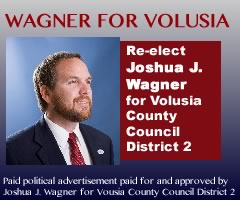 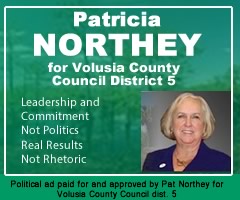 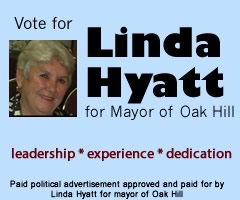