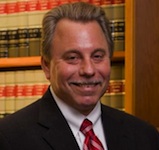 The Calvary Christian Center, shown here in this locator map, is the setting for a violence summit.

LaRizza and Simonsen will explore evidence-gathering and legal issues in the context of what factors or evidence strengthen a case that can lead to successful prosecution in court. Miller will discuss effective investigations for all law enforcement officers.

Larizza describbed the summit as a "proactive effort to address all of the consequences and issues characteristic of domestic violence cases," adding he is excited about the training and "proud of the multi-disciplinary participation in the event."

Workshop presenters also scheduled to speak are Darlene Wolfson, director of programs for the Domestic Abuse Council, Inc.; and Tania Schmidt-Alpers, recent recipient of the Florida Bar President's Pro Bono Award for her years of representing domestic violence victims. A representative from the Department of Children and Families will be there to speak, too.

Attendance is free for law enforcement in the four counties that comprise the 7th Judicial Circuit (Volusia, Flagler, Putnam and St. Johns) as well as child welfare professionals, social work and domestic abuse professionals. Because a complimentary lunch will be provided to attendees, registration is recommended to assist organizers in preparation and planning for the event.

Pre-registration is recommended by emailing simonsenm@sao7.orgRegistration and coffee will begin from 8:30am, followed by opening remarks and introductions. The Summit is a one day event and concludes at 3pm. Approximately 150 people are estimated to attend this Domestic Violence Summit.

In 1977, a small group of 14 shelters in Florida formed a network of battered women’s advocates known as the Refuge Information Network. Several years later, this initial organization was incorporated as the Florida Coalition Against Domestic Violence.
The Coalition, like the Network, was founded on principles of cooperation and unity among shelters. FCADV serves as the professional association for the state’s 42 certified domestic violence centers, and is the primary representative of battered women and their children in the public policy arena. Members share the goal of ending domestic violence through community education, public policy development and services for victims.