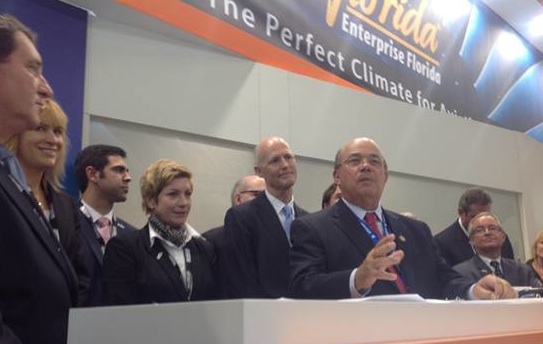 Photo for Headline Surfer / Embry-Riddle Aeronautical University President John Johnson, shown at front-center,  announces partnership with Diamond Aircraft Industries that will allow for the manufacturer to have a presence in Daytona Beach. Behind Johnson is Gov. Rick Scott.

As part of the agreement, Diamond will expand its current international Research & Development program and other initiatives working with Embry-Riddle students, staff and faculty from the university's engineering and aviation colleges as well as its Eagle Flight Research Center.