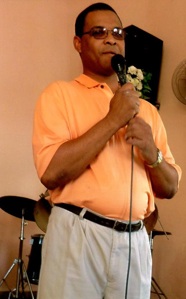 Photo for Headline Surfer / Preaching Christianity in Communist Cuba is the topic of a 9 a.m., Saturday, July 6 talk by native Pastor Humberto Berillo, shown here, when he visits United Church of Christ in New Smyrna Beach.

NEW SMYRNA BEACH -- Visiting Cuban Pastor Humberto Berillo will be the featured speaker as the United Church of Christ in New Smyrna Beach continues its Community Forum Series with an inside look at how Christianity is practiced in the communist country.

Berillo, a native Cuban originally from Guantanamo, will speak on the role of the Christian church in Cuban culture and provide a first-hand view of life in Cuba under the Castro brothers and communist rule.

The Cuban preacher's visit here on July 6 is part of a series of stops he will make in the Sunshine State and in Texas. The United Church of Christ is located at 203 Washington St.

The forum series addresses issues which often arise when politics and culture intersect with religion and spiritual practice. Admission is free and refreshments will be served.

Also on hand to answer questions during the two-hour, 9 a.m. event featuring Berillo will be human rights activist Janet Bernhard and former U.S. Congresswoman Suzanne Kosmas, D-New Smyrna Beach, both of whom have traveled to Cuba several times in recent years.

Bernhard is hosting Pastor Berillo during his stay here. Although relationships between the U.S. and communist Cuba continue to evolve, many issues remain. In recent times, talks aimed at normalizing relations have stalled over objections by each nation to its citizens being held in the other’s jails.

About the guest speaker:

Cuban Pastor Humberto Berillo, who studied English Language Methodology at the university level, pastors a church in La Demajagua, Cuba. Prior to entering the ministry, he worked for the Cuban government as an English teacher. He is married and has three children.

The New Smyrna Beach-based United Church of Christ Beach Community Forum Series, which in the past has addressed such subjects as Islam in America and Sexual Orientation and Christian Practice, will continue in the fall and winter of 2013-'14. For more information, please call Gary Broughman at 386-690-9295.

The Communist Party of Cuba (Spanish: Partido Comunista de Cuba, PCC) is the governing political party in Cuba. It is a communist party of the Marxist-Leninist model. The Cuban constitution ascribes the role of the Party to be the "leading force of society and of the state". As of April 2011, the first secretary of the Communist Party of Cuba is Raúl Castro, the president of Cuba, younger brother of the previous first secretary and president of Cuba, Fidel Castro, and the second secretary is José Ramón Machado Ventura.
Cuba had a number of communist and anarchist organizations since the early period of the Republic. The original "internationalised" Communist Party of Cuba was formed in the 1920s, which was later renamed the Popular Socialist Party for electoral reasons. In July 1961, two years after the 1959 Revolution, the Integrated Revolutionary Organizations (ORI) was formed by the merger of Fidel Castro's 26th of July Movement, the Popular Socialist Party led by Blas Roca and the Revolutionary Directory March 13 led by Faure Chomón.
On March 26, 1962, the ORI became the United Party of the Cuban Socialist Revolution, which, in turn, became the Communist Party of Cuba on October 3, 1965. According to Article 5 of the Cuban constitution of 1976, the Communist Party is "the superior guiding force of society and of the State, that organizes and orients common efforts toward the high goals of the construction of socialism and the advancement toward communist society." Thus the Communist party is the only recognized political party in Cuba. Other parties, though not illegal, are unable to campaign or conduct any activities on the island that could be deemed counter-revolutionary.
For the first 15 years of its formal existence, the Communist Party of Cuba was almost completely inactive outside of the Politburo. The 100 person Central Committee rarely met and it was 10 years after its founding that the first regular Party Congress was held.
In 1969, membership of the party was only 55,000 or 0.7% of the population, making the PCC the smallest ruling communist party in the world. In the 1970s, the party's apparatus began to develop. By the time of the first Party Congress in 1975, it had grown to just over 200,000 members, the Central Committee was meeting regularly and provided the organizational apparatus giving the party the leading role in society that ruling communist parties generally hold.
By 1980, the communist party had grown to over 430,000 members and by 1985, grew further to 520,000. Apparatuses of the party had grown to ensure that its leading cadres were appointed to key government positions.
Source: Wikipedia