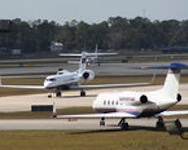 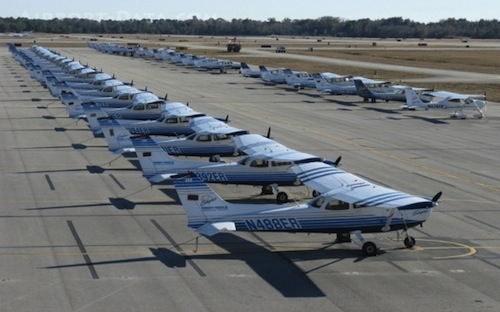 During October, 50,930 incoming and outgoing passengers traveled through the county-operated airport. This compares with 46,704 passengers in October 2012.

And for for the past 12 months, 602,146 travelers have flown in and out of the airport, a 1 percent increase compared to the year.

Cooke pointed out that during October, the airport’s main carriers – Delta and USAir – reported a combined passenger load factor of 94 percent, a reflection of the increasing demand for air transportation services in the market. Airport officials are continuing their efforts to seek new or expanded air service opportunities for the benefit of the region.

“With the recently approved merger of U.S Airways and American Airlines, this creates a new opportunity for Dallas and Miami service in addition to existing service to Charlotte now offered by U.S Airways,” Cooke told Headline Surfer®. “We’re continuing our discussions with JetBlue Airways concerning potential nonstop service to New York City and I’m optimistic this could move forward in 2014.”

Daytona Beach International Airport, in partnership with Volusia’s three regional tourism authorities, has offered JetBlue a $2.2 million community-based incentive program as an inducement for the air carrier to provide service in Daytona Beach.  

Nothing, however, has been solidified on that front since the offer was made earlier this year.