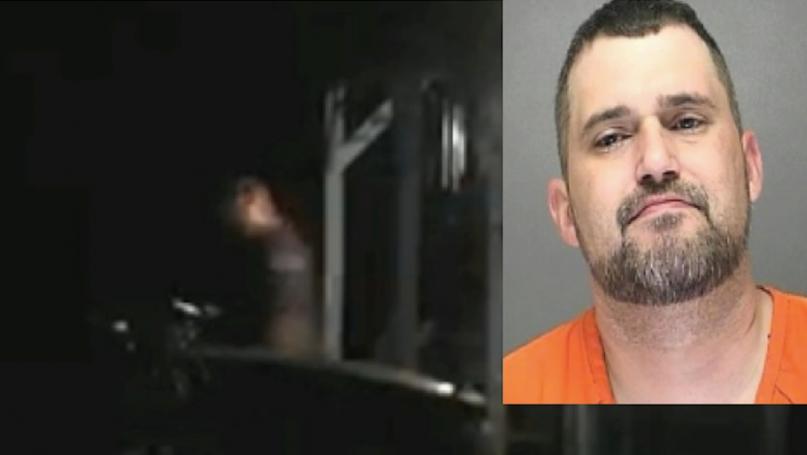 Police Chief Dave Arcieri on use of lethal force: 'They had no choice but to fire their guns'

Photos for Headline Surfer® /  Trevor Silvia, known to law enforcement, was shot and killed early Friday by two Edgewater police officers after he came at them with a large butcher knife while they were responding to a disturbance call at the Needle Palm Drive home home where he lived with his mother.
By HENRY FREDERICK
Headline Surfer

EDGEWATER, Fla. -- A 34-year-old man armed with a knife was shot in killed 1:30 this morning by two Edgewater cops who opened fire on him in the home he shared with his mother and her boyfriend after an attempt to subdue him with not one, but two tasers failed to stop his forward movement, Edgewater Police Chief Dave Arcieri told HeadlineSurfer.com.

The internet newspaper was first in reporting the breaking news.

"He came at them with a 10-inch butcher's knife and when tasering had no effect on stopping him, they had no choice but to fire their guns," Arcieri told Headline Surfer® in a phone interview before getting ready for a 6:30 a.m. press conference with Orlando TV stations at police headquarters. 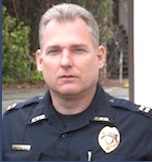 Edgewater Police Chief Dave Arcieri, shown here in this Headline Surfer photo, describes the situation that led to the killing Trevor Silvia by two of his cops, after tasering the 34-year-old man had no impact as he continued to charge at them with a butcher knife in hand when they answered a 9-1-1 distress call from a neighbor to respond to the Needle Pine Drive home:

"He came at them with a 10-inch butcher's knife and when tasering had no effect on stopping him, they had no choice but to fire their guns," Edgewater Police Chief Dave Arcieri told Headline Surfer® in a phone interview while getting ready for a scheduled 6:30 a.m. press conference with Orlando TV stations at police headquarters.

Here's a synopsis of what happened: Two Edgewater officers responded to a 9-1-1 call from a neighbor of a disturbance at 1410 Needle Palm Drive. Upon their arrival, Edgewater police Sgt. John Tarr and officer Charles Geiger encountered 34-year-old Trevor Silvia, who confronted them from the onset while wielding the knife and making threats, Arcieri said.

Photo for Headline Surfer® / The 10-inch kitchen knife allegedly brandished by the fatal shooting victim, Trevor Silvia, is taken into evidence by the Edgeater Police Department as shown here.

The cops attempted to subdue Silvia twice utilizing a taser, but it had no impact in stopping Silvia's forward charge and they subsequently opened fire with their handguns, Arcieri said. Silvia was transported by Volusia County Sheriff's Air-One helicopter to Halifax Health Hospital where he was later pronounced dead.

Tarr and Geiger were placed on paid administrative leave after the scene was cleared, which is routine in the Sunshine State for all officer-involved shootings. Agents with the Florida Department of Law Enforcement were contacted and are investigating the Edgewater police-involved shooting, which is required by law to ensure proper protocol was followed.

Arcieri said he's still trying to get details as to what caused Silvia to become combative with cops or what may have sparked his rage.

"It came in as a disturbance call and that's all I can really tell you at this point," Arcieri said.

Asked if the man had been drinking, Arcieri said that appears to have been the case. The police chief noted Silvia had an extensive criminal record. including robbery and disorderly intoxication.

Arcieri said he didn't have specific information as to where Silvia was shot and how many times.

"We may not really know for sure until the autopsy." Arcieri said, but adding, "They fired upon him center mass -- the biggest part of his body in the line of fire."

Asked if these were intentional "kill shot," Arcieri responded, "Not necessarily. but the idea is to stop the advance right then and there."

Recognizing that this type of lethal action more often than not results in death, Arcieri said, if the officers have a reasonable belief that their lives or those of innocent bystanders are in danger, then "they are justified in opening fire."

The veteran police chief said he had no information readily available has to how many shots were fired, but it was his understanding that both his cops fired their service weapons.

This is the second officer-involved fatal shooting incident involving Edgewater cops since Arcieri's been chief. Two years ago, cops shot a man armed with a gun who was making overt threats but he died from a self-inflected gunshot wound during the confrontation.