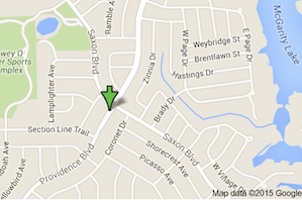 Photo for Headline Surfer® /
A 2007 Ford Focus is shown overturned in the median of Providence Boulevard after the driver, Brandon Schmid, 17, apparently hit a tree there after 3:20 a.m. Sunday. He was killed as was a passenger, 16-year-old Jordan Golaszewski. A second passenger, 23-year-old Samuel Bengochea, survived despite being the only one ejected. He's in critical condition at Central Florida Regional Hospital in Sanford.

DELTONA, Fla. -- Two teens -- 16 and 17 -- were killed and a 23-year-old man critically several hours before dawn Sunday when a compact car driven by the 17-year-old struck a tree in the median of of the 1500 block of Providence Boulevard and overturned, an official with the Volusia County Sheriff's Office said.

The crash was reported at 3:23 a.m. on the 1500 block of Providence Boulevard, between Wakefield Circle and Gold Terrace. Killed were 17-year-old driver Brandon Schmid and 16-year-old passenger Jordan Golaszewski, both of Deltona.

A third occupant, 23-year-old Samuel Bengochea, was taken to Central Florida Regional Hospital in Sanford, where he was listed in critical condition.

"When deputies arrived, they found an overturned 2011 Ford Focus sedan crashed against a tree in the median," Sheriff's spokesman Andrew Gant told HeadlineSurfer.com. But what Gant couldn't say is the cause of the crash or where the trio was coming from or headed to at the time or if the crash was in proximity to where any of them lived in Deltona.

Gant said deputies on scene found no signs of alcohol in the vehicle, but whether drinking was involved can't be ruled out until toxicology reports come back from autopsies performed Monday. Results of toxicology reports can take weeks before determining if a driver was impaired or intoxicated be either alcohol or drugs.

Volusia County Schools spokeswoman Nancy Wait said counselors were made available Monday for each of the classes on Jordan Golaszewski's schedule. Brandon Schmid did not attend public school, Wait said.

The 23-year-old, Samuel Bengochea, the only one not wearing a seatbelt, was ejected. He remains in critical condition at Central Florida Regional Hospital in Sanford.

Headline Surfer® inquired as to which of the two passengers was seated up front with the 17-year-old driver, Brandon Schmid, and which was in the back seat, but Gary Davidson, a second sheriff's spokesman, who took the internet newspaper's call, said neither he nor Gant could answer that question because the crash report was not completed and they didn't have that information. Likewise, Davidson said neither he nor Gant, of the Sheriff's Public Information Office, knew if the Ford Focus was a 2-or 4-door vehicle.

Davidson said Gant got preliminary details from deputies at the scene of the crash and a press release was written up and emailed sent to Headline Surfer® and other Central Florida media outlets with information he had at the time.