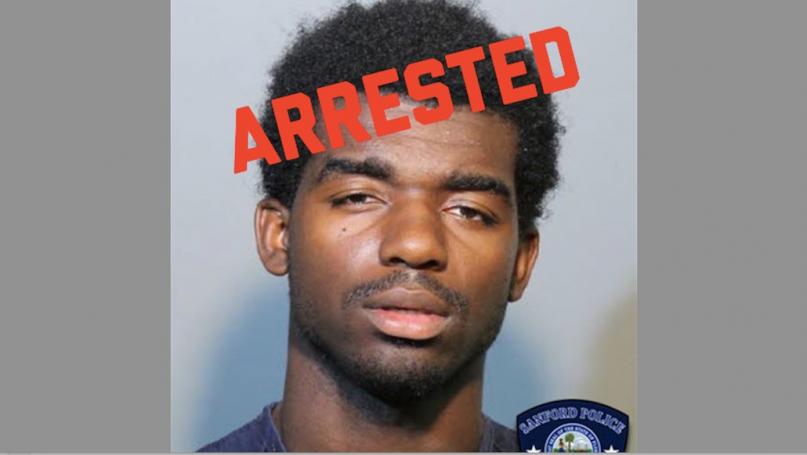 Photo for Headline Surfer /  Lewis Thomas Boone is being held on charges of attempted first degree premeditated homicide and being a convicted felon in possession of a firearm.
By HENRY FREDERICK
Headline Surfer

SANFORD, Fla. -- Sanford cops apprehended Lewis Thomas Boone tonight for the shooting of another young man that occurred on Tuesday in the parking lot of the Seminole Towne Center Mall.

During the course of the investigation, it was determined that Boone was responsible for shooting Ja’vonte Washington in the parking lot of the Seminole Towne Center Mall. According to Sanford police, Washington and Boone are known to each other. While at the mall, Washington’s 14-year-old cousin was in a conversation with a female, who was with Boone.

During the course of the investigation, the Sanford Police Department determined that it is an isolated incident, which occurred outside the parking lot. Boone, is charged with attempted first degree premeditated homicide and being a convicted felon in possession of a firearm.