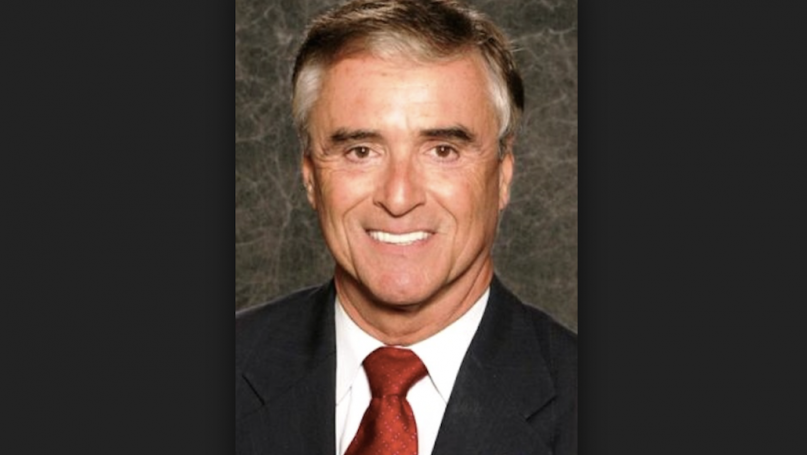 Photos for Headline Surfer /  Frank Bruno, the face of Volusia County politics who was the first elected county chair, and for whom the council chambers were christened the Frank T. Bruno Jr County Council Chambers at the end of 2012, is the first entrant in the Headline Surfer Hall of Fame.

DAYTONA BEACH, Fla. -- Frank Bruno was the countywide face of politics for 20-plus years, his last eight as the first-ever elected county chair before he stepped off the dais in 2012.

So, it is only fitting that Frank Bruno is the award-winning 24/7 internet news outlet's first inductee in the inaugural Class of 16 Headline Surfer Hall of Fame.

Bruno is, in fact, the lone entrant in the inaugural Class of 2016 Headline Surfer Hall of Fame as he epitomizse the best of the best in leadership, love of community and continuing tireless efforts to enhance the quality of life for all citizens here in Volusia County, a key Central Florida tourism hub that features the World's Most Famous Beach where driving is still allowed on some stretches, and also Daytona International Speedway, home of NASCAR and its signature stock car race, the Daytona 500.

But why Bruno in particular when there are so many hardworking people who go above the call of duty in helping others? Because he is living proof that an individual with a blue collar ethic can creater a lasting legacy by giving of himself. Frank Bruno is the real deal. He could have easily just focused on his printing business and making money. But Bruno gav back in a way that is truly priceless.

At first glance, Bruno looks very much the part of the stereotypical politician with his coiffed hair, pearly white teeth, dark-colored custom suits and county pin lapel affixed to jacket. Even four years removed from elective office, the Ponce Inlet resident is busy with high-end real estate sales. Regardless, Bruno stands tall as the face of Volusia County government, even as he stepped off the dais for the final time in 2012, as the first elected county chair.

With 20 years of countywide elective office under his belt, Bruno saw his name affixed at the entranceways of the meeting hall as the "Frank T. Bruno Jr. County Council Chambers, a fitting end to his 20-plus years of countywide political service, the last eight in the top elected post.

And it is Kelley who nearly won the Aug. 30 primary, falling just percentage points short of an outright win over Bruno's successor, Republican Jason Davis in a four-candidate field. Kelly and Davis will square off in the Nov. 8 general elections.

Bruno, 66, and now four years removed from his distinguished career in elective office, said he's truly honored with the recognition" bestowed on him by the award-winning 24/7 internet news provider.