YouTube download / WWE video / Superstars from Raw, NXT and SmackDown battle for the opportunity to face Bayley for the SmackDown Women’s Championship at SummerSlam.

ORLANDO, Fla. -- Asuka was a surprise entrant in the Women’s Triple Brand Battle Royal on Friday Night Smackdown at the WWE Performance Center. What wasn't a surprise was that she won it and now has the chance to win both the Raw and Smackdown titles at SummerSlam. 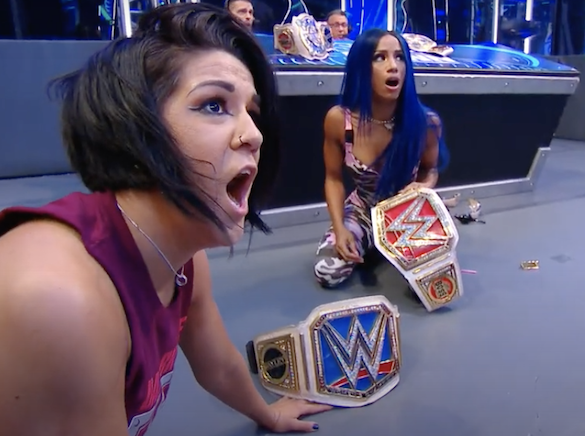 And should she defeat Saha Banks for the Raw title and Baylay for the Smackdown title in sepatrate bouts, she'll become the Empress of Two Belts.

Asuka was already set to challenge Sasha Banks for the Raw Wormen's championship at the SummerSlam pay-per-view exrtravaganza on Aug. 23. Then came the shocker on Smackdown that Asuka was a participant in the Women’s Triple Brand Battle Royal with the winner to face Bayley.

After bodies went flying over the top ropes it came down to Asuka and the tough-as-nails Shayna Baszler. But Asuka dispatched her too to win the battle royal. 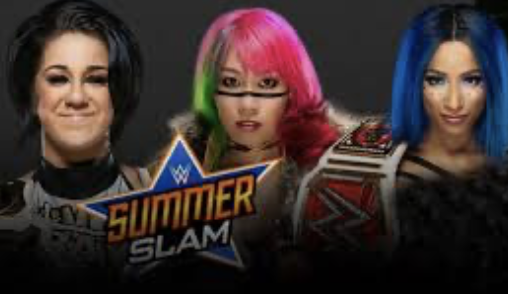 Not only will Asuka have a chance at becoming the seconmd woman behind Becky Lynch to hold the Raw and Smackdown belts, but she can avenge her losing the Raw title a few weeks back to Banks via coun tout when she ran from the ring to help her friend Kairi Sane who was attacked from behind by Bayley and being pummeled.

These are the matches that have been announced for SummerSlam at this point:

• Drew McIntyre (champ) vs. Randy Orton for the WWE Championship;

• Sasha Banks (champ) vs. Asuka for the RAW Women's Championship;

• Bayley (champ) vs. Asuka for the Smackdown Women's Championship;

• Braun Strowman (champ) vs. "The Fiend" Bray Wyatt for the WWE Universal Championship.

• Apollo Crews (champ) vs. MVP for the United States Championship;

SummerSlam is tentatively slated to be held at the Amway Center in downtown Orlando, with a start time of 7:30 p.m. on pay-per-view via the WWE Network. Fans will not be allowed in the arena due to the coronavirus pandemic. 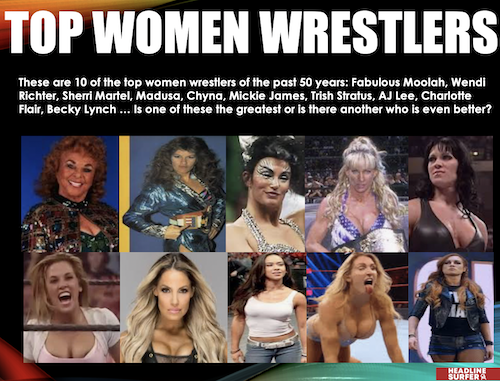 Who is the greatest woman wrestler to compete in the squared-circle over the past 50 years?

Or perhaps it's someone else who is no so obvious or easily overlooked? After all, 50 years is a long time. This is definirely a rankings list for wrestling fans who have followed womewn's wrestling for many years.

James Harris aka Kamala The Ugandan Giant has died at age 70 from cardiac arrest caused by coronavirus
Story Posted: Mon, 08/10/2020 - 00:39
About The Byline Writer:

Henry Frederick is publisher of Headline Surfer, the award-winning 24/7 internet news outlet launched 12 years ago that serves greater Daytona Beach, Sanford & Orlando, Florida via HeadlineSurfer.com. Frederick has amassed more than a hundred journalism industry awards in print & online -- more than all other members of the working press combined in Central Florida since the mid-1990s. He earned his Master of Arts in New Media Journalism with academic honors from Full Sail University in 2019. Having witnessed the execution of serial killer Aileen Wuornos in Florida's death chamber and other high profile cases, Frederick has appeared on national crime documentary programs on Discovery ID and Reelz for his investigative reporting and cops & courts breaking news stories.
Award-Winning Journalism of Henry Frederick.
Story Posted: 2020-08-13 23:23:07