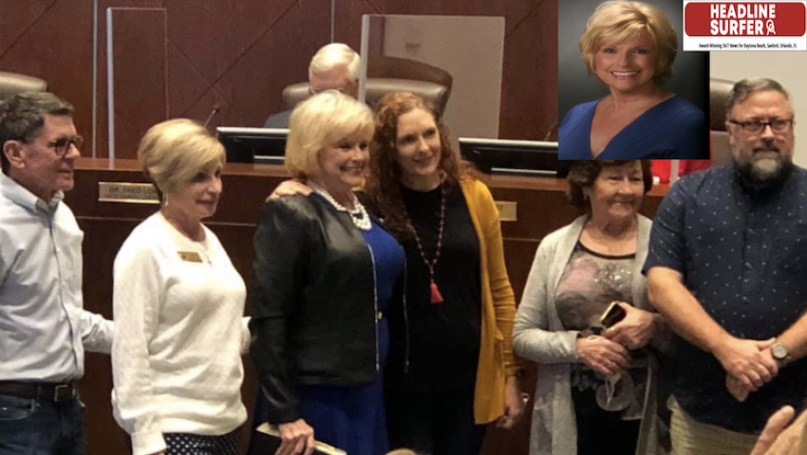 Photo for Headline Surfer / Billie Egger Wheeler is surrounded by family and friends in her swearing in ceremony Thursday on the Volusia County Council. She also is shown above in a close-up pic.

DELAND, Fla. -- Billie Egger Wheeler is eager to get to work for her constituents in greater Daytona Beach.

Wheeler was sworn in Thursday to begin a second term on the Volusia County Council. She also was chosen by her colleagues on the dais to serve as vice chair.

Wheeler was sworn in Thursday to begin a second term on the Volusia County Council. She also was chosen by her colleagues on the dais to serve as vice chair.

Wheeler later in the day posted a comment on her Facebook page in recognizing those who stood with her for her oath of office:

"Thank you to son David, daughter in law Elizabeth, sister Nicia and Dayton Beach Shores Mayor Nancy Miller and her husband for sharing my special day of being sworn in for my re-election to Volusia County Council District 2," Wheeler wrote, adding, "Great honor that my fellow Councilmembers appointed me as Vice Chairman. So honored to represent Volusia County."