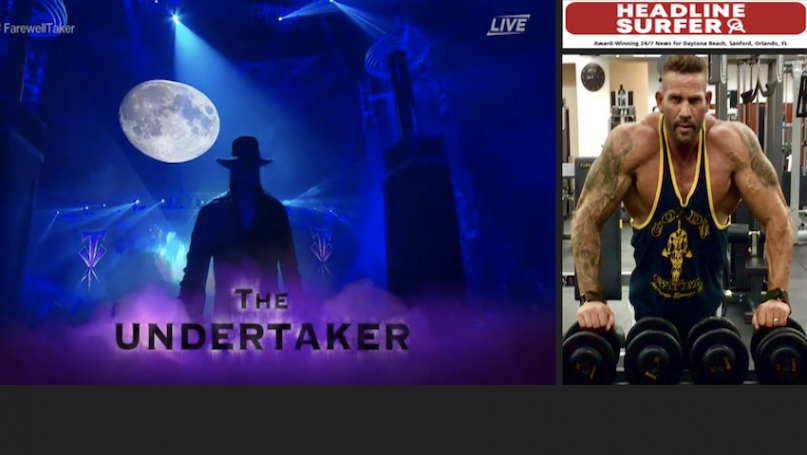 ORLANDO, Fla. -- Retired wrestling legend Matt Morgan gave his take on the Undertaker's so-called final wrestling apperance in the ring at the WWE Survivor Series from the ThunderDome in Orlando's Amway Center that was live on the WWE Network.

Here is what Morgan, former Longwood mayor and current city commissioner, posted on his Facebook page after the Nov. 22 Survivor Series:

Tonight’s #Wwe #SurvivorSeries marked the official retirement and the 30th Anniversary of The Undertaker. He debuted at this exact WWE PPV 30 years ago, and easily will go down in history for the greatest WWE character creation of all time.

While growing up as a little boy, Hulk Hogan was my idol. But when I hit my later years in high school, I became absolutely infatuated with the Undertaker: 6 feet 10 300 pounds, insanely athletic and could do moves guys his size were not supposed to be able to pull off with just crazy athleticism; all behind a one-of-a kind character for the ages.

Undertaker was a humongous influence, and then-some, on my career, especially when it came to doing athletic moves that bigger guys my size generally did not do.

Honestly though, he was an influence equally all across-the-board to any talents, that ever stepped foot in a wrestling ring, or put on a pair of wrestling boots.

There’s not a single talent that is or was more respected than him in the history of sports entertainment. It was bittersweet for me watching the Undertaker retire tonight. #ThankYouTaker

Morgan also was spot on in his picks for the singles titleholder matches at Survivor Series.