BREAKING NEWS: Disgraced ex-Seminole County Tax Collector Joel Greenberg lost out on a Trump pardon, but he'll still have his day in federal court just like any other accused politician 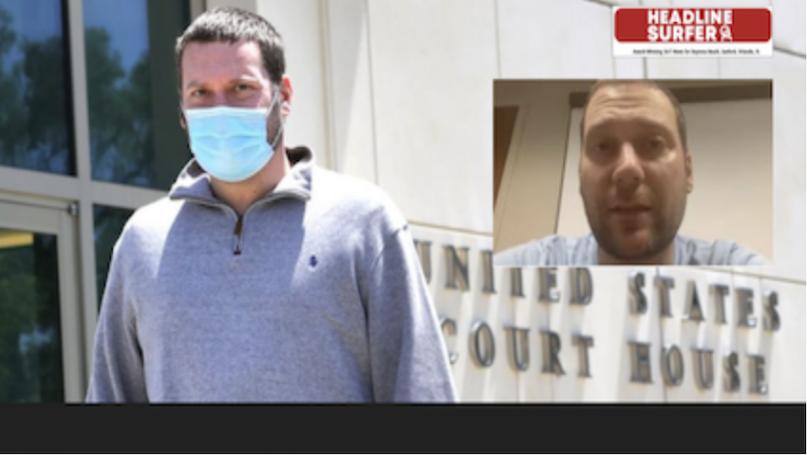 SANFORD, Fla. -- Donald Trump pardoned more than a hundred individuals as one of his final acts as president. Joel Greenberg, the former Seminole County Tax Collector indicted on a slew of felony charges, wasn't among them.

So moving forward, Greenberg will have his day in court like any other federally-indicted politician. And with his upcoming trial in a matter of months, the 35-year-old husband and father of two facing a slew of disgusting felony morals charges faces the prospect of upwards of 30 years behind bars if convicted.

Like any criminal defendant, Greenberg is presumed innocent unless or until adjudicated guilty by a judge or jury. He was scheduled to go on trial in March, but because of a switch in private counsel, such a trial likely won't occur until June at the earliest.

Greenberg, arrested back in June after a grand jury indictment was unsealed, was counting on political two big wigs to make the pitch for him to Trump -- Congressman Matt Gaetz and insider Roger Stone.

Just past the midway point of his fourth year in the public office, Greenberg, stood accused before a federal judge accused in the indictment of creating fake social media accounts that falsely suggested a political opponent favored white supremacy and that this same opponent had engaged in sexual misconduct with a student at a school where he teaches, federal prosecutors said.

Greenberg, who subsequently resigned after his arrest and gave up his bid for re-election to a second four-year term, saw additional felony counts added, which were even more disgusting and morally repugnant that the original counts, including allegations of child sex trafficking and using his job to get information related to alleged “sugar daddy” relationships.

And it was these additional allegations that were apparently too much for Gaetz to go to bat for him, a source here in Central Florida who knows the GOP congressman, told Headline Surfer.

"Matt Gaetz thinks what Joel Greenberg has allegedly done makes him a real creep," the source told Headline Surfer over the weekend. So that left Stone, and the source was not certain if he would do Greenberg's bidding, a politician he barely knew, save for a pic of Stone posing with Gaetz and Greenberg a couple of years ago that made the rounds on Twitter was really nothing more than a photo op. Greenberg just happened to be with Gaetz during a campaign visit to Central Florida by Trump for his 2016 run for president.

That Roger Stone, previously pardoned by Trump apparently didn't do Greenberg's bidding in seeking a pardon was not a surprise, the Central Florida source told Headline Surfer.

"Who the hell is Joel Greenberg any way to Roger Stone or to Donald Trump?" the source asked rhetorically. "He's a nobody. He doesn't even register on any map. He's really just a pathetic and disgusting nobody even to the likes of Gaetz and Stone. Just because he was in an opportune photo on Twitter with Gaetz and Stone didn't mean he was of any importance." 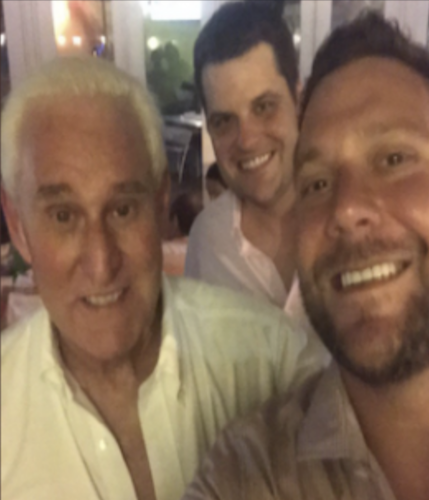 That Roger Stone, previously pardoned by Trump apparently didn't do Greenberg's bidding in seeking a pardon was not a surprise, the Central Florida source told Headline Surfer.

"Who the hell is Joel Greenberg any way to Roger Stone or to Donald Trump?" the source asked rhetorically. "He's a nobody. He doesn't even register on any map. He's really just a pathetic and disgusting nobody even to the likes of Gaetz and Stone. Just because he was in an opportune photo on Twitter with Gaetz and Stone didn't mean he was of any importance."

"Donald Trump had a limited amount of time and much bigger fish to fry, with Steve Bannon his top priority."

Here is the list of pardons and commutations signed by Trump and released late Tuesday night:

As described by The Guardian news site, The people US president Donald Trump has granted clemency to range from rappers to financiers and lobbyists.