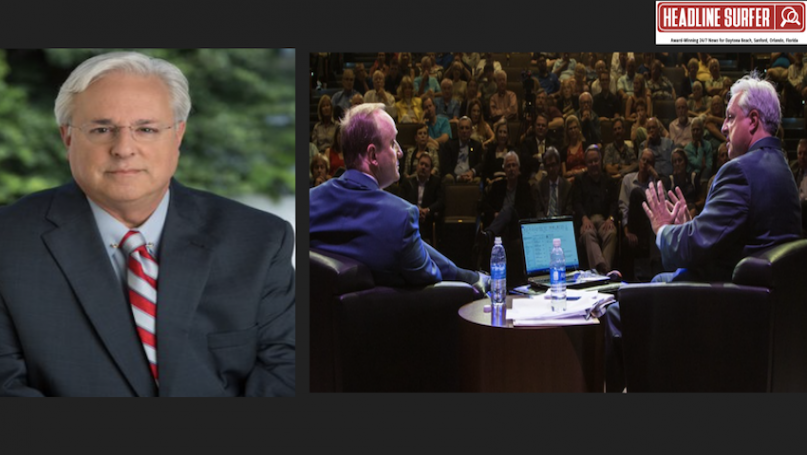 Bernier's employer announced his death earlier this evening on Facebook and Twitter, following a three-week hospitalization for treatment of the coronavirus.

"It’s with great sadness that WNDB and Southern Stone Communications announce the passing of Marc Bernier," the radio station stated in a written posting on Facebook shortly after 8:30 p.m. Saturday without mentioning the coronavirus specifically or that Berrnier, 68, of Ormond Beach, had been hospitalized for the deadly virus since Aug. 10.

"Marc informed and entertained listeners on WNDB for over 30 years while enjoying a successful 46 year career as a broadcast journalist," WNDB/Stone Communications added. "He will be missed by many friends, family members, and colleagues. We kindly ask that privacy is given to Marc’s family during this time of grief."

Volusia County Sheriff Mike Chitwood, a longtime guest on Marc Bernier's WNDB radio show, said a representative of the station confirmed to him that Bernier died Saturday night sometime after 6 p.m., according to a story published tonight in the Daytona Beach News-Journal.

"I'm numb," Chitwood told the News-Journal. "To me, this is a death in the family."

Jennifer Hopton-Villalobos, a Volusia County resident, urged people to get fully vaccinated so they don't have to die like Bernier, who had been hospitalized since Aug. 11.

"He was an anti-vaccine promoter," Hopton-Villalobos said, adding, "It’s tragic so many are being misled and their surviving family members have to live with a hole in their life. His death was preventable. There have been numerous losses I haven’t shared."