BREAKING NEWS: Sanford firefighter is now suspended without pay as the city ramps up its investigation into his role in the violent pro-Trump insurrection on Capitol Hill that resulted in 6 deaths including a murdered cop 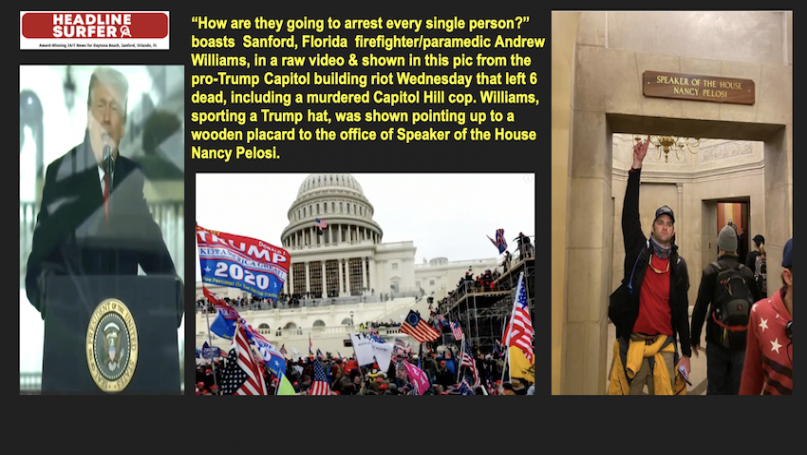 SANFORD, Fla. -- Sanford authorities signaled this afternoon they are close to criminal charges which could lead to termination of city firefighter Andrew Williams who was an active participant in the violent pro-Trump insurrection on the US Capitol that left six dead including a murdered cop.

Andrew Williams had been on paid administrative leave in the wake of Wednesday's violent raid on the Capitol building while both sessions of Congress were in the beginning stages of certifying the electoral college results for President-Elect Joe Biden and Vice-President-Elect Kamala Harris.

Williams took a video of himself in the Capitol building in the vicinity of Speaker of the House Nancy Pelosi's office wearing a Trump hat.

Williams was being paid his nearly $900 weekly salary until today when the administrative leave was chaged from with pay to without pay.