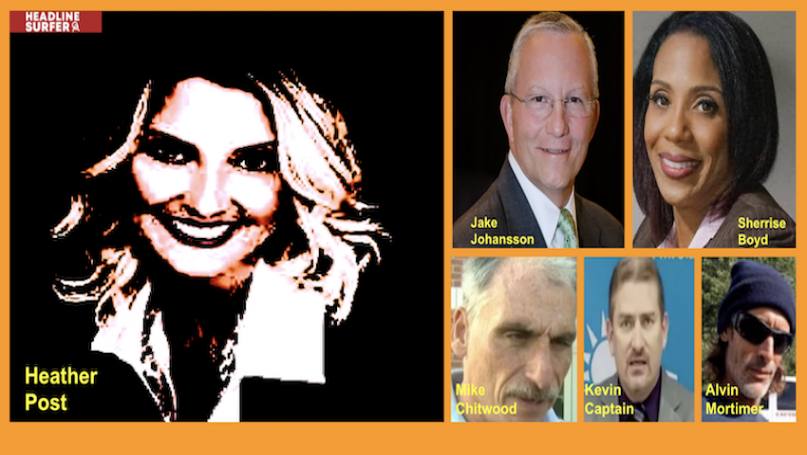 Headline Surfer photo illustration / Heather Post would have had a tough race if she didn't abruptly quit the race on March 4. Two other tough candidates are Jake Johnsson, former Port Orange city manager; and Sherrise Boyd, a candidate for Daytona Beach mayor in 2020. Others who are pro-Post are Mike Chitwood, Volusia County sheriff; and Kevin Captain, Volusia County's PR flak. A thorn in Post's side is Alvin Mortimer of Deltona, a citizen watchdog.

DAYTONA BEACH, Fla. -- Why did Heather Post really quit the 2022 race less than two weeks ago for the at-large seat on the Volusia County Council?

Headline Surfer will give you the definitive answers to this and other related questions in its upcoming multi-day investigative series on Post's tenure on the council.

What a shocker it was by Post, considering her six years on the council as the District 4 representative out of Ormond Beach.

Post chose not to seek re-election to her current seat in favor of the at-large seat currently by retired Volusia County Sheriff Ben Johnson, who opted for retirement at year's end rather than seek re-election for another four years.

Post's exit from the race on March 4 makes the at-large seat a three-candidate contest to date:

• Sherrise Boyd, a former candidate for mayor of Daytona Beach, filed to run on Feb. 2;

• Douglas Pettit, of Ormond Beach, filed to run on March 11.