Daytona's top cop said his agency has investigated such threats and they are not credible.

Capri posted a message on this on the DBPD website and a copy wasnt to Headline Surfer and other news outlets via email media alerts as follows:

Be skeptical about anything you see on social media moving forward, especially when it comes to threats against the community.

Recently, our police department was flooded with calls and messages from concerned residents about posts on Facebook, Twitter and other platforms which talked about large groups of violent protestors showing up at Volusia Mall.

Many of those residents were obviously worried about their safety and of their friends, family and loved ones. Some also expressed doubts about going to other locations like Tanger Outlets or Beach Street, fearing that these “violent protestors” might show up there instead.

What you probably don’t know about that message is that it looks very similar to messages other law enforcement agencies nationwide have received recently which also promised violence in their communities… and guess what happened in those places?

It’s natural to want to warn your loved ones about these kinds of things as you come across them. That kind of decency is exactly what the people who create this kind of misinformation are counting on to spread it.

Why they’re doing this is a tough question to answer. Maybe it’s to prevent an economic rebound from the COVID-19 shutdowns. Maybe it’s trying to take advantage of the massive protests we’ve seen against police brutality in the wake of George Floyd’s murder in Minneapolis. Maybe it’s just for kicks. 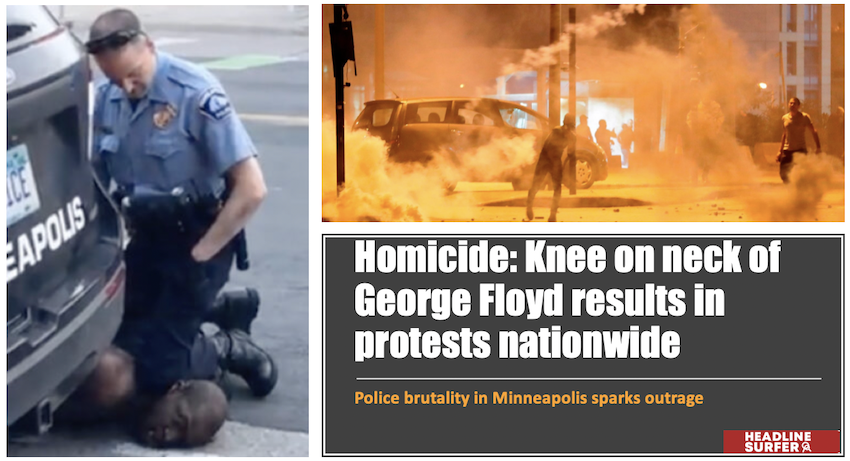 Why they’re doing this is a tough question to answer. Maybe it’s to prevent an economic rebound from the COVID-19 shutdowns. Maybe it’s trying to take advantage of the massive protests we’ve seen against police brutality in the wake of George Floyd’s murder in Minneapolis. Maybe it’s just for kicks.

What I do know is that it’s our job to investigate each and every one of these threats, no matter how it comes, and make sure the Daytona Beach community is protected. This is why your police department is filled with dedicated professionals who make it their life’s work to research this stuff and act accordingly, keeping our collective safety as the highest priority.

We don’t want you to worry about this. Let us take that burden. It’s what we do. But what we would like you to do is what many of you already have done.

If you see any more threats against the community, be it on social media or somewhere else, please let us know right away. You can call us at 386-671-5100 anytime. You can also reach out to us anytime on Facebook, Twitter, Instagram or Nextdoor.

Please don’t let this kind of fear change what you do or how you live your life. Don’t give these criminals the chaos they’re trying to generate. If there really is anything to worry about, you’ll hear about it from us as soon as possible. That’s a promise.

About the Byline Writer: Henry Frederick is publisher of Headline Surfer, the award-winning 24/7 internet news outlet launched 12 years ago that serves greater Daytona Beach, Sanford & Orlando, Florida via HeadlineSurfer.com. Frederick has amassed more than a hundred journalism industry awards in print & online -- more than than all other members of the working press combined in Central Florida since the mid-1990s. He earned his Master of Arts in New Media Journalism with academic honors from Full Sail University in 2019. Having witnessed the execution of serial killer Aileen Wuornos in Florida's death chamber and other high profile cases, Frederick has appeared on national crime documentary cable channels such as Discovery ID and Reelz for his investigative reporting and high profile cops & courts breaking news stories.
Award-Winning Journalism of Henry Frederick