FDLE: An OCSO deputy & ex-VCSO deputy charged with a misdemeanor, alleging they lied about disposal of guns, one of which was stolen

DELTONA, FLA. – Following an FDLE investigation, misdemeanor criminal charges have been lodged  against two Central Florida law enforcement officers who allegedly lied about the disposal of guns in a report filed with the Volusia County Sheriff's Office.

FDLE began its investigation in June at VCSO Sheriff Mike Chitwood's request, which is standard protocol when an alleged criminal act or acts have been committed within a law enforcement agency in the State of Florida.

Here is a synopsis of what occurred, according to FDLE spokeswoman Gretl Plessinger on Friday: Agents say Orange County Sheriff’s Deputy Brian Calkins gave Phillip Donaldson -- who at the time was a deputy with the Volusia County Sheriff’s Office -- two firearms that he said he got from a cousin.

According to FDLE, Donaldson wrote in his VCSO report that an elderly female stopped him and gave him the guns saying she had found them in the bushes outside her home earlier in the day. After the report was written, other VCSO deputies, including Donaldson’s supervisor, became suspicious of the conflicting stories, reported their concerns and contacted FDLE. Donaldson resigned on June 23, the day after he wrote the report.

Because the charges are misdemeanors, Calkins and Donaldson were given an October notice to appear in court.

The Office of State Attorney RJ Larizza of the 7th Judicial Circuit, will prosecute the case in Daytona Beach. Both are scheduled for arraignment Oct. 14 before Volusia County Judge Robert A. Sanders, Jr.

Chitwood in a prepared statement said, “I’m disappointed in the inexcusable actions of this former deputy (referring to Phillip Donaldson who Chitwood hired), but proud of the swift response from his fellow deputies and supervisors who brought it all to light. I appreciate the FDLE conducting a thorough investigation and making sure our law enforcement officers cannot place themselves above the laws they have sworn to uphold.” 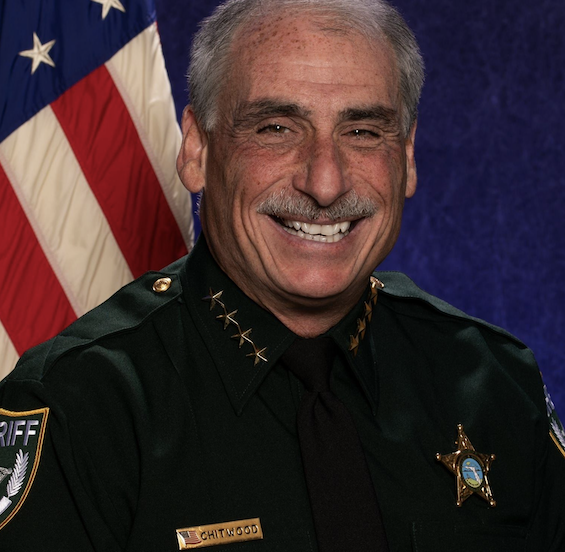 Sheriff Mike Chitwood in a prepared statement said, “I’m disappointed in the inexcusable actions of this former deputy (referring to Phillip Donaldson who Chitwood hired), but proud of the swift response from his fellow deputies and supervisors who brought it all to light. I appreciate the FDLE conducting a thorough investigation and making sure our law enforcement officers cannot place themselves above the laws they have sworn to uphold.”

The Orange County Sheriff’s Office headed by Jon Mina, said in a prepared statement that Calkins, formerly a VCSO deputy, was hired in May 2018 and assigned to youth services.

"He has been relieved of duty, with pay and transferred to an administrative role," the OCSO said of Culkins in a written statement. "Once the criminal case is resolved, an OCSO internal investigation will happen, and the results of that investigation will be public."