Forecast: 50 percent chance of rain Sunday afternoon at the World's Most Famous Beach in Daytona 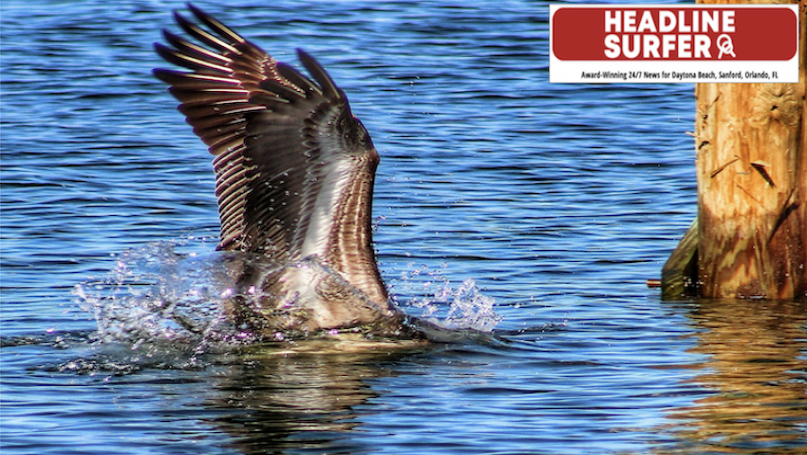 Photo by Stevo Biebs for Headline Surfer / A seagull dives for its meal in the surf on Saturday near the Sunglow Pier in Daytona Beach Shores.

DAYTONA BEACH, Fla. -- Volusia County beach safety officials say it's very likely with mid-day high tides and expected rainfall that vehicle traffic will be restricted on the World's Most Famous Beach for the better part of the day.

"We have mid-day high tides and we will be closed to driving during that time," Beach Safety Capt. Tama Malphurs said in an email media alert to Headline Surfer on Friday night.

Beach driving was restricted much of the afternoon Saturday due to high tide and the situation is expected to be same today.

Here is the extended forecast from the National Weather Service in Melbourne for greater Daytona:

Sunday: A 50 percent chance of showers after 1pm. Mostly cloudy, with a high near 71. Southwest wind 5 to 10 mph. New precipitation amounts of less than a tenth of an inch possible. Sunday Night: Showers likely and possibly a thunderstorm before 1am, then a slight chance of showers. Mostly cloudy, with a low around 57. Southwest wind 5 to 10 mph. Chance of precipitation is 70%. New rainfall amounts between a half and three quarters of an inch possible.

Monday: Mostly cloudy, then gradually becoming sunny, with a high near 66. Northwest wind 10 to 15 mph. Monday Night: Mostly clear, with a low around 46. West northwest wind 5 to 10 mph.

Wednesday: Sunny, with a high near 73. East southeast wind 5 to 10 mph. Wednesday Night: Mostly clear, with a low around 59. Southeast wind around 5 mph.