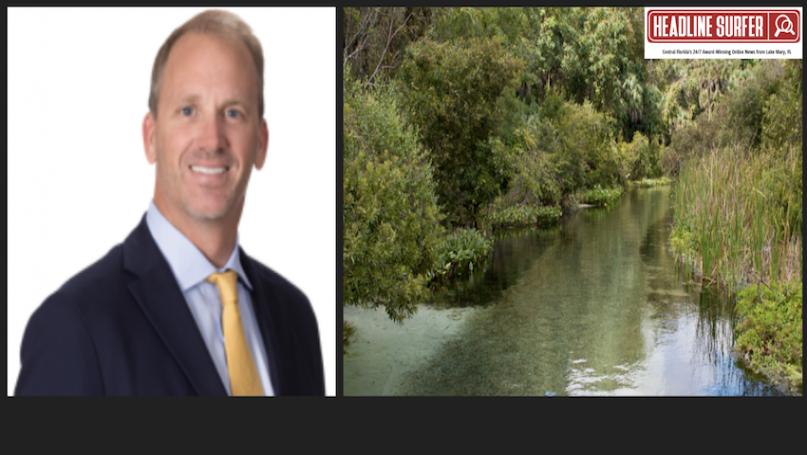 Photos for Headline Surfer / Cole Oliver of Merritt Island has been reappointed by Florida's governor to the governing board of the board of St. Johns River Water Management District that meets in Palatka, Florida. The scenic image shown above is courtesy of the district.

Cole Oliver of Merritt Island is an attorney and partner with Rossway Swan. He is active in his community, serving on the boards of Cypress Trust, Holy Trinity Episcopal Academy, and the East Coast Zoological Society.

Janice Price of Fernandina Beach is a senior manager of environmental affairs with Rayonier, Inc. She has previously served as chairperson of the Water and Aquatic Biology Committee and as a member of the National Council for Air and Stream Improvement.

The district board sets the policies for the operation of the St. Johns River Water Management District, which is based in Palatka. Board members are appointed by Florida’s governor to four-year staggered terms and serve without pay. The Florida Senate must confirm all appointments to the water management district boards.

Besides Oliver and Price, the other seven members of the district's board include:

Douglas Burnett of St. Augustine, president of Doug Burnett and Associates, a consulting firm for major defense contractors, and a retired major general with the Florida National Guard.

St. John's River Water Management District owns or manages more than 780,000 acres of land (through transfers, donations, fee-simple purchases, and less-than-fee acquisitions). The majority of the property is open for the public to enjoy.

The district operates and maintains nearly 90 major and minor water control structures, including three navigational locks and about 300 miles of levees and canals.

The main water body in the district is the northerly flowing St. Johns River, the longest river entirely in Florida, flowing 310 miles north from its headwaters at Blue Cypress Lake in Indian River County to its mouth where it empties into the Atlantic Ocean east of Jacksonville. Other significant bodies of water within the district are St. Marys, Nassau, Matanzas, Halifax, and Ocklawaha rivers, and the Indian River Lagoon. There are 148 known springs and 1,400 lakes in the district.

YouTube embedding / April 12, 2022, Governing board meeting of the St. Johns River Water Management District, held at Palatka headquarters. The next meeting is on June 14.