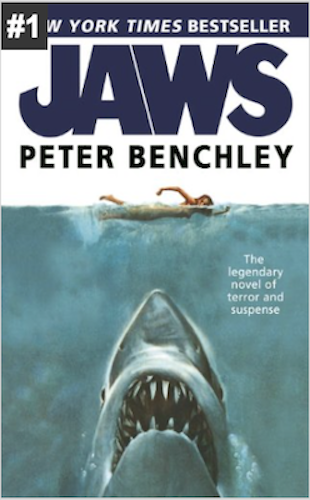 NEW SMYRNA BEACH, Fla. -- When I was growing up in New England, I looked forward to watching the Daytona 500 on TV every year.

In high school, I read Peter Benchley's book, "Jaws," and later saw the 1975 movie of the same name on video.

Never did I imagine when I moved to Florida with my family that we would deal with sharks.

Then again, neither did we think we'd have to deal with three hurricanes in one year, one season of massive forest fires and a couple of tornadoes in between. And of course, we have our political problems, too, from hanging chads to presidential primary voting debacles.

As for the sharks, I have never seen any at the beach. I'm not a surfer so I don't swim or wade in the waters near the South Jetty where sharks congregate. After not one, but two shark attacks this weekend, and a third last week involving a 14-year-old NSB girl, I decided to go to the beach last night and talk to some surfers.

The news of the recent attacks was no news to Josh Burgess, 25.

"I've lived here all my life -- I've learned to live with it all my life," Burgess said, asking rhetorically, "Aren't we the Shark Bite Capital of the World and all that?"

Burgess said the sharks here are nothing compared to the great white, made famous by the man-eating monster from the movie Jaws. "The sharks here bite you -- the sharks like that one in (California) eat you whole."

He was referring to the fatal shark attack where, as Reuters News Service reported, a 66-year-old man was attacked and killed by a shark in the ocean near San Diego on Friday, the first person to die in a shark encounter off Southern California in nearly 50 years.

The victim, identified as retired veterinarian David Martin, was swimming with a group of triathletes about 150 yards off Solana Beach north of San Diego when he was attacked by what experts said was probably a great white shark.

Solana Beach Deputy Fire Chief Dismas Abelman said rescue crews found Martin being dragged from the sea by other swimmers, bleeding profusely from injuries to his legs. He was treated at the scene but was pronounced dead before an air ambulance could get him to a hospital, Reuters reported.

"We are all shocked and dismayed at the events that happened here this morning," Solana Beach Mayor Joe Kellejian told the media, while He urging residents to heed warnings by officials. "We don't want people to panic. We do want them listen public safety officials," Kellejian said.

An 8-mile stretch of beach was closed to swimmers for 72 hours while Coast Guard helicopters looked for the shark.

Abelman said it would not necessarily be killed if it were found but, "We want to know where it is."

Authorities have not determined what species was involved, but experts said that given the size and severity of Martin's injuries it was almost certainly an adult great white.

Shark attacks always seem to grow into tall tales. like Burgess's description of the California victim being swallowed whole or the large pools of blood from the attacks in the movie, Jaws, that could fill a swimming pool with blood from a single attack. And the mayor's comments where the shark attack occurred reminded me of the verbal sparing between the police chief in "Jaws" who wanted the beach closed and the mayor who was worried about lost revenue.

Shark attacks always seem to grow into tall tales. like Burgess's description of the California victim being swallowed whole or the large pools of blood from the attacks in the movie, Jaws, that could fill a swimming pool with blood from a single attack. And the mayor's comments where the shark attack occurred reminded me of the verbal sparing between the police chief in "Jaws" who wanted the beach closed and the mayor who was worried about lost revenue.

Still, any description of a shark is scary -- real or imagined.

So I asked New Smyrna Beach-based Volusia County Beach Patrol Capt. Jack Driskell to describe the sharks that swim here in our back yard.

Driskell said they are smaller and because of murky waters caused by strong winds and shifting sands, their visibility is limited. The sharks often mistake human limbs -- feet, hands, calves, elbows and knees for fish. They simply bite and release once they realize the catch is human, Driskell said.

These sharks are 4 to 5 feet in length and weigh 40 to 50 pounds, he said. They tend to hug the shore line looking to feed on bait fish -- fingerling mullet and other small fish.

Well, those sizes are enough to convince me not to take up surfing. I'll stick to snorkeling where i can see the ocean creatures.

The great whites, like the one in the fatal California attack, pull their prey under with their powerful jaws and rip with their razor teeth, experts say, adding that shark likely mistook the man for a seal, which is more typical prey.

"They attack from below and make a tremendous, powerful rush and a very powerful bite, then pull away and wait for the seal or marine mammal to bleed to death before they come back," Richard Rosenblatt, a marine biologist at the University of San Diego's Scripps Institution of Oceanography, told Reuters.

No one locally has died from a shark attack. Still the media feeding frenzy makes it seem worse. When news of the 14-year-old New Smyrna Beach girl's bite on the foot from a shark made its way from the local media to the national wire services earlier this month, Fox News ran a banner headline on its Web site: "Florida girl survives shark attack."

The NSB girl was treated for a bite to her right foot and released from Bert Fish Medical Center.

One of the two attacks this weekend was more severe.

The reason we are known as the Shark Capital of the World is not the severity of the bites, but rather the frequency of the attacks.

The record for shark attacks locally is 22 from 2005, Driskell said. The shark capital reference may have originated from from a 1991 Associated Press interview with Samuel H. Gruber, a professor of marine biology at the University of Miami, who said of the shark attacks near the South Jetty as being "perhaps the shark attack capital of the world."

Though Volusia County's beach-line stretches near 50 miles from Ormond by-the-Sea near the Flagler County line to the Cape Canaveral Seashore south of Oak Hill and Mosquito Lagoon, most of the annual shark attacks occur in a 1-mile stretch at the South Jetty, according to George Burgess, director of the International Shark Attack Files at the University of Florida in Gainesville.

Though Volusia County's beach-line stretches near 50 miles from Ormond by-the-Sea near the Flagler County line to the Cape Canaveral Seashore south of Oak Hill and Mosquito Lagoon, most of the annual shark attacks occur in a 1-mile stretch at the South Jetty, according to George Burgess, director of the International Shark Attack Files at the University of Florida in Gainesville.

Burgess has said nearly 40 percent of the world's shark attacks occur right here in New Smyrna Beach where the surfing is among the best on Florida's Atlantic coast. Burgess told Reuters Friday's fatal attack by a shark it was the first such death in Southern California since 1959. Last year, the only fatal shark attack in the world was in New Caledonia, in the south-west Pacific, he said.

Attacks on the Atlantic coast are much commoner, especially in Florida, which has about 25-30 a year, Burgess has said, adding they are rarely fatal because they usually involve a much smaller species of shark.

"It's like smoking cigarettes. You know what you are getting yourself into. The sharks are there. They're not going to go away. You just learn to deal with it."

Well Josh, there's an old saying that goes like this: "Once bitten, twice shy."

I am not interested in lighting up and dying of cancer from a smoking addiction. Nor am I eager to get bitten by a 5-foot shark -- Jaws or no Jaws -- the teeth would hurt either way.