Orlando Magic lose at home Tuesday to the Milwaukee Bucks, 127-110, despite 38 points from Franz Wagner 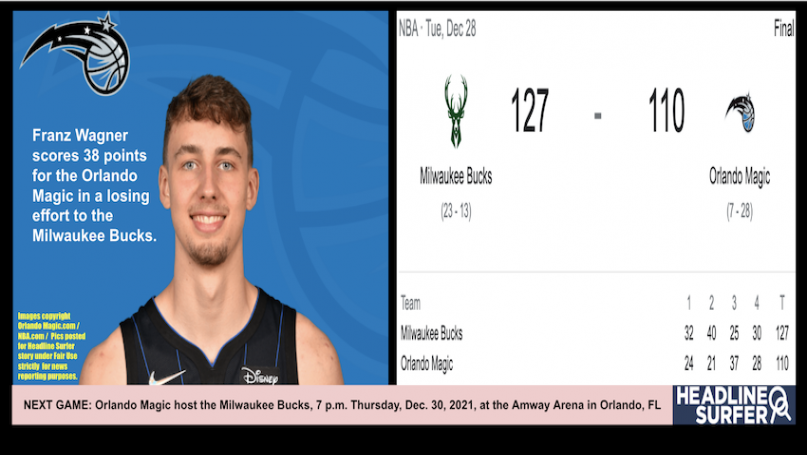 ORLANDO, Fla. -- The Orlando Magic lost at home Tuesday to the Milwaukee Bucks, 127-110, despite a team-high 38 points from forward Franz Wagner.

But the defending NBA champs, who saw their 29-point bulge early in the third quarter, were just too strong late in the fourth quarter to put away the Magic behind the scoring firepower of Giannis Antetokounmpo who had 28 points, Khris Middleton with 21 points, and Jrue Holiday chipping in 18 points to go along with 10 assists.

The 20-year-old Wagner was stoic in defeat: “Trying to get to the rim. Trying to figure out what they were doing on ball screens. They were kind of doubling, not doubling. I hadn’t seen that before. So, I made sure I made the right reads there. It always helps when you hit a couple threes early on. A couple things open up. But I think I did a good job of not forcing it."

The 6-foot-10 forward added: In a couple other games, where three, four plays in a row I think I have to make the homerun play myself instead of just making the easy play. I think I did a better job of that today.”