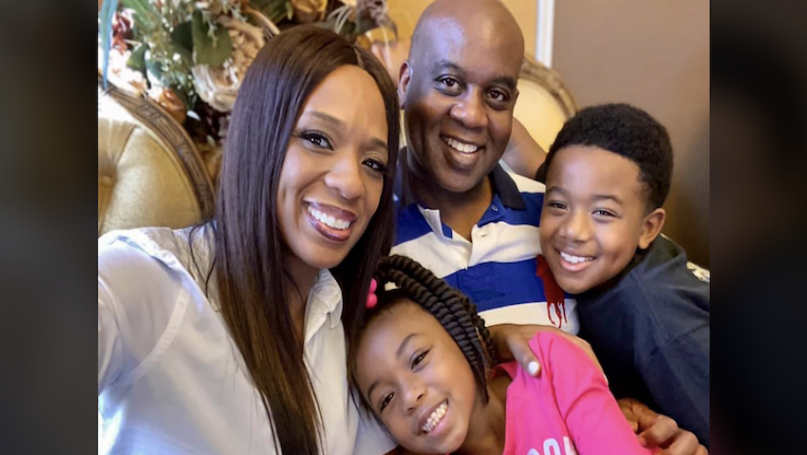 Photo for Headline Surfer / Derrick Henry, mayor of Daytona Beach, Florida, is shown with his wife, Dr. Stephanie Henry, and their two children, Derrick Jr., 8, and 5-year-old Paisley, after their Thanksgiving meal together at home.

DAYTONA BEACH, Fla. -- The following is a Thanksgiving greeting from Daytona Beach Derrick Henry to the residents of this tourism-driven city and beyond in the midst of this dreadful COVID pandemic:

It was just the four of us today.

Still, we realize even more just how abundantly blessed we are despite not being able to fellowship in our traditional setting. Stephanie cooked a savory feast that elicited an argument over who enjoyed it the most.

Still, we realize even more just how abundantly blessed we are despite not being able to fellowship in our traditional setting. Stephanie cooked a savory feast that elicited an argument over who enjoyed it the most.

It is our sincere hope that you join us in cherishing what is most important. Thanks to all of you for genuine friendships and authentic family connections. Happy Thanksgiving.