Sanford firefighter Andrew Williams receiving full pay - nearly $900 a week - while suspended by the city, as it investigates what role he played in the deadly pro-Trump Capitol Hill riot

You Tube upload / CBS Local News video / A Central Florida firefighter is under investigation for taking part in Wednesday's riot at the US Capitol.

SANFORD, Fla. -- Andrew Williams, the Sanford firefighter shown in a pic and raw videos actively participating in the deadly pro-Trump riot at the Capitol building has been suspended from his job while the city investigates his role in the carnage, but continues to receive a paycheck close to $900 a week.

Williams, who has been a firefighter/paramedic for four years, has been on paid administrative leave since Thursday - one day after the riot that caused five deaths, including the murder of a Capitol Police officer.

Unlike dozens of other participants in the brazen attack across the country who have been fired by employers, Williams has not been arrested and charged by the feds, at least not yet. And Williams has union protection afforded rank and file employees in the Sanford Fire Department. 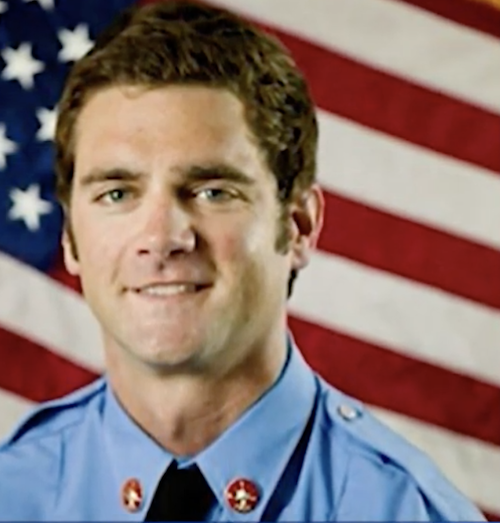 Unlike dozens of other participants in the brazen attack across the country who have been fired by employers, Andrew Williams, paid $45,676  annually as a Sanford firefighter/paramedic,  has not been arrested and charged by the feds, at least not yet (though his involvement in the pro-Trump riot on Capitol Hill is chronicled in images and raw video). And Williams has union protection afforded rank and file employees in the Sanford Fire Department.

The SFD posted an acknowlegment of William's status on Thusday afternoon, stating in part it is "aware of the situation involving Sanford Firefighter/Paramedic Andrew Williams. At this time, we are following the investigative process."

The SFD's Facebook posting has drawn more than 600 comments, the vast majority critical that Williams remains employed and being paid.

"A police officer died in the failed coup your firefighter participated in!!!" Kim Morgan said. "Fire him now!!! "He should be arrested and charged with treason!!!"