As such Paugh has been selected as the new school of emergency services director at Daytona State College following a 23-year career in law enforcement here in Central Florida, with stops along the way in the Holly Hill PD, Volusia County Sheriff's Office and more recently with the New Smyrna Beach police force.

Paugh began her career in the Holly Hill Police Department in 1997.

In 2004, she joined the Volusia County Sheriff’s Office, serving as a deputy and investigator before being promoted to sergeant in 2010. She earned promotion to lieutenant in 2013, with additional duties in internal affairs, community services and in the department’s school resource program.

Paugh was named deputy chief of the New Smyrna Police Department in 2017 and held that position until recently joining Daytona State. In 2018, she graduated from the FBI National Academy, an elite program comprised of fewer than 1 percent of the nation’s law enforcement officers.

“As a 23-year veteran police officer within Volusia County, Jessica was uniquely qualified with her experience, dedication, and energy,” said Dr. Colin Chesley, associate vice president of DSC's College of Health and Public Services. “As the deputy chief in the New Smyrna Beach Police Department under Chief Mike Coffin, Jessica was the highest-ranking female officer in the county before coming to DSC.” 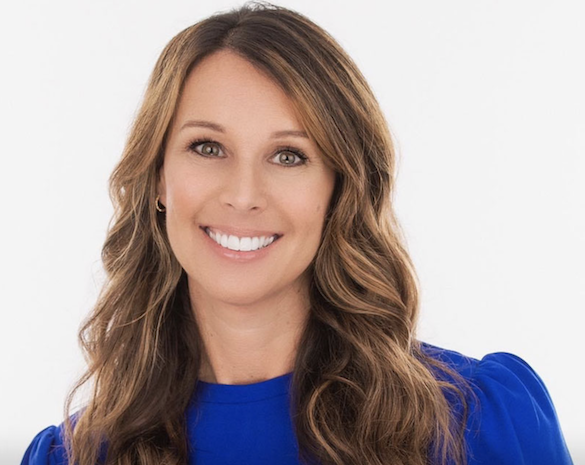 “As a 23-year veteran police officer within Volusia County, Jessica was uniquely qualified with her experience, dedication, and energy,” said Dr. Colin Chesley, associate vice president of DSC's College of Health and Public Services. “As the deputy chief in the New Smyrna Beach Police Department under Chief Mike Coffin, Jessica was the highest-ranking female officer in the county before coming to DSC.”

Paugh’s role in the professional standards division of both the Volusia County Sheriff’s Office and the New Smyrna Beach Police Department "is a testament to her integrity and her ability to see training deficits, which are typically a contributing factor in conduct issues within police agencies," Chesley said.

“Jessica came highly recommended by the law enforcement community,” Chesley added. “She also spent much of her time on recruitment efforts, with a dedicated focus on the recruitment of minorities and women alike. Focusing on the future of law enforcement, she has already added to our academy such things as a virtual training simulator, which will further strengthen our training on de-escalation, implicit bias, and use-of-force, as well as including body worn cameras and other training equipment to the recruit’s daily uniform. She led a distinguished career as a law enforcement officer, and we are excited for her to do the same leading our School of Emergency Services.”

Among the other new additions, Paugh has added a mental health awareness and dietary wellness component within the recruit’s physical fitness program. “It is important that our recruits learn to have a healthy, balanced lifestyle for continued success in this profession.”

Additional instruction directly related to building unity within the community, while valuing and respecting diversity, has also been incorporated into the prescribed FDLE curriculum, taught by DeLand Police Chief Jason Umberger.

A secondary program addition, coined “Conversations with Police,” features community members in small groups participating in topic-driven frank conversations with police officers. It allows the police to hear the community’s perspective first-hand, and the community members to hear the officers’ perspective in an effort to foster greater understanding, breakdown barriers and build trust.

“Eliminating the influence of implicit bias is vitally important to strengthen relationships between police and minority communities. Incorporating this type of training and mindset is the foundation for our future police,” Paugh said.

“I think it’s important to have a progressive mindset when training our new recruits," she continued. "My direction is to keep up with the current and future trends of policing, and build on our existing success to ensure we continue producing the highest level of training available to our recruits."

Paugh added, "All recruits will be trained on what is readily available to them now through our shared crime center, and the technological advances such as license plate readers found around our county. As law enforcement evolves, so will DSC.”

Over the last five decades, the DSC School of Emergency Services has produced thousands of law enforcement officers and first responders, and graduates who pass the state officer certification exam qualify for employment anywhere in the State of Florida, said Tim Carpenter, DSC's communications manager.